The LHS Review • May 17, 2018 • https://thelhsreview.com/5605/archives/violence-against-women-in-the-dominican-republic/

Violence Against Women in the Dominican Republic

Irianny Marinez Ortiz, 16, was born in San Cristobal, Dominican Republic. She is a junior at Lowell High School. Irianny loves listening to music and cooking for her family. She hopes to go to college and become a FBI Agent. 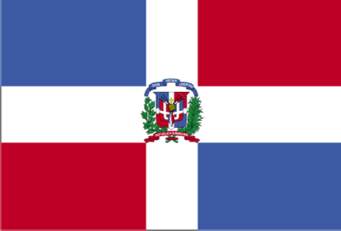 This August, in the Dominican Republic, a 16 year old pregnant teenager was murdered by her boyfriend and his mother. In October, a 21-year-old pregnant Dominican, was stabbed 21 times in her belly right before she gave birth. Although several people have been arrested, there haven’t been any charges in the case. Sadly, they are not the only young Dominican women who has been murdered by people they knew. Nobody should die like this.

Why is there an influx of femicide? In Latin America particularly, it is in large part due to a machismo mentality of men. This means that men feel the need to be “manly” which correlates with the domination of power over women.

There are multiple organizations working on this issue. A branch of the United Nations conducts high quality training for gender equality in the Dominican Republic. Another organization, Fundación Basta Ya, supports victims of violence at a legal level and provides education to help prevent future violence. In addition, the Dominican Republic, like other Latin American countries, recently passed laws that define and punish femicide as a specific crime.
Whether we live in the Dominican Republic or in the United States, it is our duty to help stand up against this injustice. We need to change the social norm that men are more deserving than women. This toxic ideology is instilled within our own children.
We need to start by teaching children when they are little how to treat women. The first place this should happen is in homes, so our children can learn how to treat everyone equally. Teachers should also do this in school, having students practice how to interact respectfully with each other. We can accomplish this by raising awareness with country-wide creative campaigns – in the schools, on the radio, and in the streets. We will need women to lead, but we also need men to set an example.

Too many women are killed consecutively every single day. We can be the solution if we fight back now. It is wrong to hurt women, let alone anyone. What will it take for women to feel safe, respected, and cherished everywhere in the world?