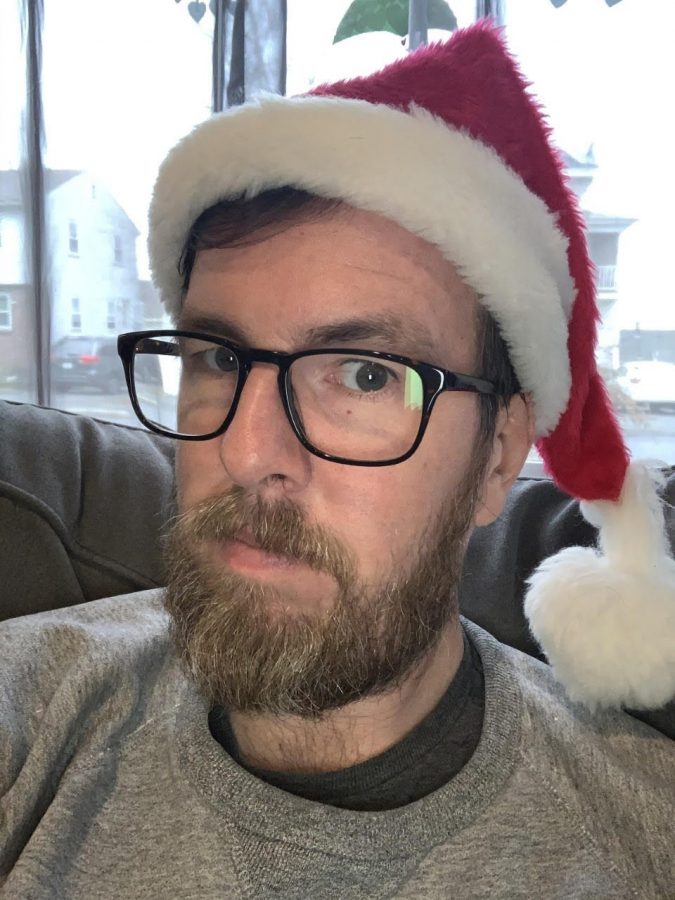 Will Northrup, an English teacher at Lowell High, has been an LHS staff member for 17 years. Raised in Centreville, Lowell, alongside his two brothers, he started out in the workforce as a lifeguard for the city. He says, “[Lowell is} a city that infuriates me quite often, but it’s home. I suppose [my favorite thing about it is] the continuity with the past, the streets, the places, and the faces from childhood.” His family now includes, but is not limited to, his son Rowan (11), his daughter Emily (8), and the family dog Millie (3).

Northrup knew he wanted to become a teacher in his mid-twenties when he decided that he wanted to be paid to talk about the things he loves, including writing and literature. In college, he earned his BA in English and MFA in Creative Writing. He has lived in three cities within Massachusetts but has traveled to other countries, including Canada, France, Spain, Ireland, Aruba, and Italy. His dream destination would be Paris, France, as it “is beautiful, and it has everything you could want in a city.” Though he is not fluent (yet!), Northrup is learning to speak French.

Currently, Mr.Northrup’s favorite pastime is reading, in addition to watching The Leftovers. His #1 book is The Idiot by Dostoyevsky. Currently, his favorite song is “The Big Country” by Talking Heads. He plays guitar and bass and has begun to pick up the piano. Northrup says, as of now, that his most notable accomplishments would be having his short stories published in magazines.

Now you know your potential English teacher, Will Northrup, a little better!